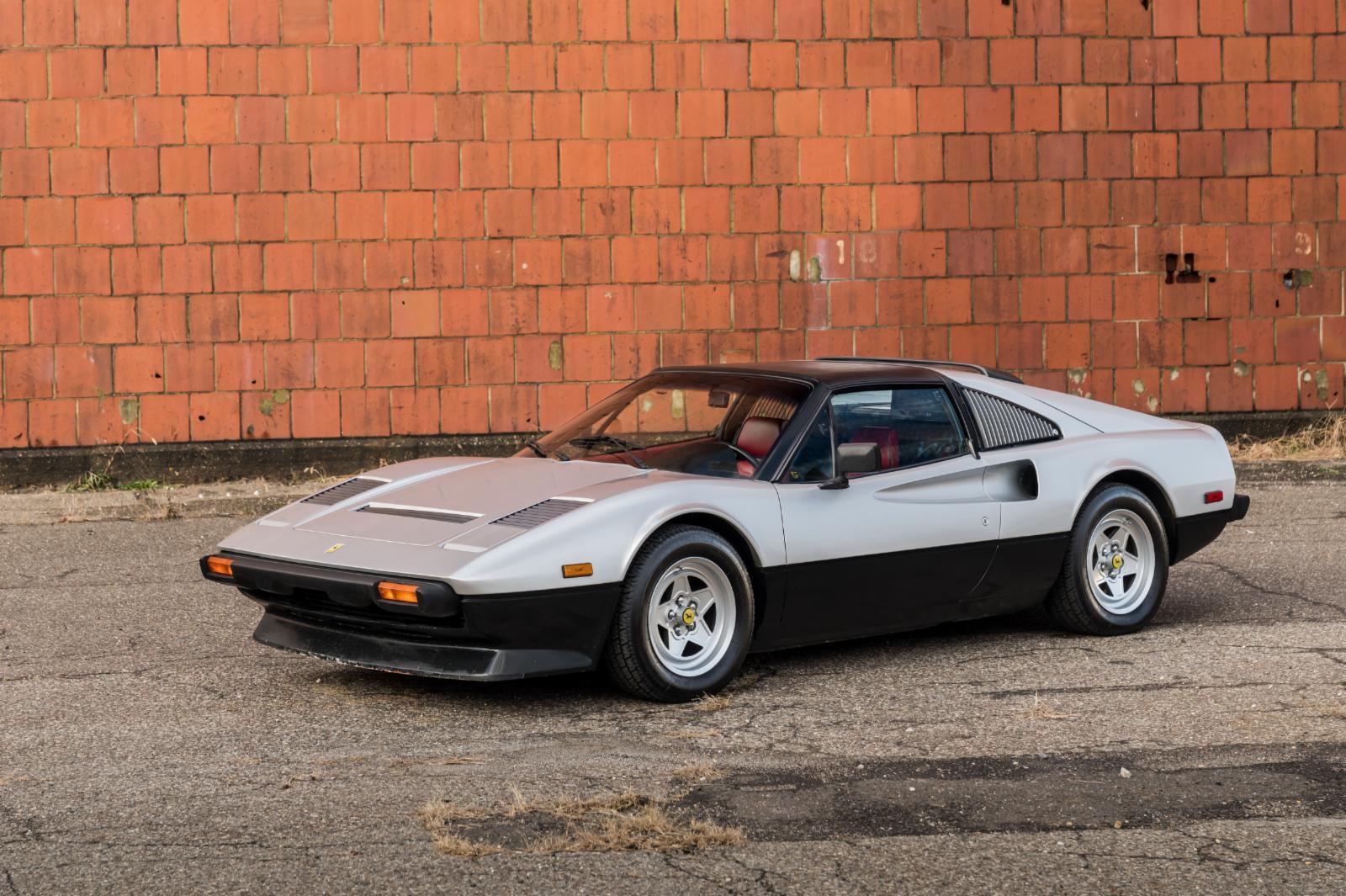 The Ferrari 308 was introduced at the 1975 Paris Motor Show and was intended as a direct replacement to the 246 Dino. The decision was made to upgrade the engine to V-8 rather than the V-6 utilized in the Dino and styling was drastically changed going from the smooth curves of the 246 to the now iconic wedge shape penned by Pininfarina. Offered initially as only a coupe (GTB) the Targa model (GTS) was later introduced in 1977. Carburation was replaced by Bosch K-Jetronic fuel injection in 1980, leading to the model designation being changed to 308 GTBi and GTSi. Two years later, in 1982, the constant quest for more power led to the engine displacement being increased to 2.9-Liters and a new four-valve head was introduced, giving the new car the quattrovalvole designation. The 308 saw excellent sales and a 10-year production run before it was replaced in 1985 by the similarly styled but upgraded 328.

The example on offer here, chassis number ZFFMA13AXD0045303 and engine number 00053 is a 1983 model year 308 GTSi. It retains the same metallic silver with black lower trim and red interior as it left the factory with. The car is a two owner vehicle with the current owner having purchased the 308 from the original owner. According to the provided service records for the car which go back to 1983, the car was delivered new to California and received its 1200 mile service at Ferrari of Los Gatos. Records indicate the car being serviced regularly and living its life in the Sacramento area up until at least 1998 and the provided CarFax shows the car being located in California until at least 2004 with the last entry showing it passing emission inspection in California with an indicated mileage of 37,103 on 9/13/2004. The original owner then moved to Arizona bringing the car with him. The current owner purchased the car in 2015 from Arizona and has since enjoyed the car and serviced it regularly at a number of reputable specialists in his home state of Maryland. The most recent service records are from June of 2017 and show work done to the electrical system, CV boots as well as a thorough inspection of some other major components of the car. As it currently sits, the car is a long-term enthusiast owned, driver quality example that has been well cared for mechanically. There are some issues here and there cosmetically but it would make for the perfect example to thoroughly drive and enjoy.

Included with the car are the original window sticker, books, tools, spare, jack, and service records.

MAYBE YOU COULD BE INTERESED IN...